Tiger Shroff has established himself as a reliable action star among the audience in a few years and the reason for this is his superb action.  Prior to Tiger Shroff, no Bollywood star had presented such an action in front of the audience, which is why everyone likes to see him fighting on screen.  After Dharmendra, Amitabh Bachchan, Sunny Deol, Akshay Kumar and Ajay Devgan, if any star can be called the action superstar of Bollywood, then he is Tiger Shroff but with Baaghi 3 has he lived up to the expectations of his audience?  Let us tell you…
The story of Baaghi 3 is about two brothers Vikram (Ritesh Deshmukh) and Ronnie.  While Vikram is a straight-laced policeman, Ronnie is a tough guy who can fight anyone for his brother.  Vikram has to go to Syria due to a project, where he is kidnapped.  Now Ronnie has to get his brother Vikram out of there because he promised his father that he will not allow his brother to do anything at any cost.
The first half of the film 'Baaghi 3' is very impressive.  This keeps you hooked continuously and excites you for the second half.  The chemistry of Tiger Shroff and Shraddha Kapoor is very good, with Jaideep Ahlawat very well supported.  Disha Patani's great dance number is the highlight of 'Baaghi 3'. 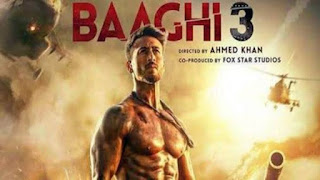 What is the fault in rebel 3:
The biggest flaw of the film 'Baaghi 3' is its story, which constantly surprises people.  Putting your mind in it means giving yourself torcher.  Along with the story, Ahmed Khan is also unable to use artist Tiger Shroff.  Tiger Shroff does amazing action on screen, he is not able to excite you.  Shraddha Kapoor and Vijay Verma are superb performers but the dialogues given to them disappoint.