Know when will Salman Khan start shooting the third episode of the most successful film series of his career?

Bollywood's 'Bhaijaan' Salman Khan is inside his house these days due to Corona Virus but he is not resting.  Salman Khan is working day and night for his fans even at such a time and is trying to spread the smile on the faces of his loved ones as soon as the corona virus is over.

Bollywood Life had informed you in a report some time ago that Salman Khan has decided to start editing 'Radhe- Your Most Wanted Bhai' from home and if  According to the latest reports, he will start shooting for Tiger 3, his upcoming film Kabhi Eid Kabhi Diwali (Kabhi Eid Kabhi Diwali) ahead of schedule. 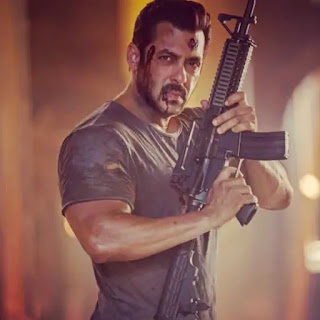 Bollywood Hungama has reported in its report that, 'Aditya Chopra wants the shooting of Tiger 3 to start from the month of January or February next year.  Salman Khan is also excited to start his spy thriller, due to which he has asked Sajid Nadiadwala to start shooting for Eid Kabhi Diwali from August this year.  Sajid Nadiadwala and Salman Khan are very good friends, due to which both have agreed on this decision.

Farhad Samji, director of Kabhi Eid Kabi Diwali, is going to start Akshay Kumar (Akshay Kumar) starrer Bachchan Pandey soon.  In such a situation, he will try to finish shooting of this film as soon as possible.  If he is not able to finish Bachchan Pandey by August, Sajid Nadiadwala himself will start shooting for Eid Kabhi Diwali and Farhad Samji will later join the film.  By the way, which film of Bhaijaan you are excited to see, please tell us by commenting.