New feature in Google Assistant, users will read any Chrome content in their language

Every day Google keeps adding new features to its products to make it convenient for users.  Meanwhile, now the company has also brought a new feature for Google Assistant.  However, only Android users will be able to take advantage of this new feature at the moment.  Actually, the company has introduced a new feature called 'Read it' for Google Assistant, which will read any web page in any language in the same language to any users on Android smartphones.  Google revealed this feature, saying that it will read the Chrome content on the users' screens. 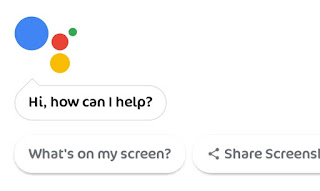 To take advantage of this new feature, users must first activate it.  For this, Android users will have to open Google Assistant by saying 'Hello Google'.  After this, to read any web page, he has to give 'read it' command.  According to the company, this new feature currently supports 28 languages ​​in India, including Hindi, Gujarati, Marathi, Tamil, Telugu, Malayalam, Bengali, Urdu and others.  Google has said that all these languages ​​will soon be available in Google Assistant.  At this time this feature only supports English language.