Randeep Hooda has issued a statement that his film was more true than Akshay Kumar's Kesari.

Akshay Kumar's Kesari, produced under the Dharma production of Karan Johar, came to the box office last year.  Filled with patriotism, the film did tremendous business at the box office and impressed the audience a lot.  Akshay Kumar did a superb performance in Kesari, for which the audience gave him a lot of praise.  However, artist Randeep Hooda has recently made such a statement in the media about Kesari that everyone is surprised.  Randeep Hooda has said that Kesari did not excise him too much.  Speaking to Mumbai Mirror, Randeep Hooda has said that, 'Kesari did not excite me much.'

Randeep Hooda was also doing a film based on 'Battle of Saragarhi', which was put on hold due to Akshay Kumar's 'Kesari'.  Randeep Hooda also spoke on that and said, 'I am sad that the audience could not get to see a good and true film based on the Battle of Saragarhi.  However, with time, you learn to move on with such things.  I learned a lot about Sikhism during the shooting of this film and today I am already a good person. ' 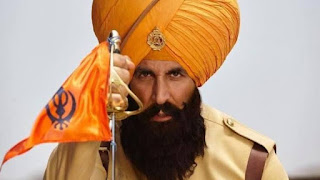 Due to Akshay Kumar's 'Kesari', not only Randeep Hooda's film but also Ajay Devgn's film was stopped.  Ajay Devgan also announced a film titled 'Son of Sardar 2' on 'Battle of Saragarhi', which stopped after 'Kesari' was made.  Although it has been seen many times that the industry has announced many films on one issue, but in the end only one or two projects could be revealed to the audience.