The Redmi Note 9 Pro is said to be powered by the MediaTek Dimension 800 SoC. 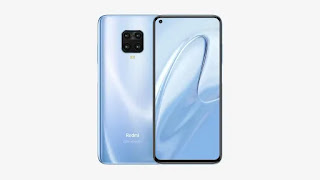 According to a recent leak, the vanilla variant Redmi Note 9 will be powered by a Qualcomm Snapdragon 720G processor.  It will come in two RAM and storage variants 4GB / 64GB and 6GB / 128GB.  The color options of Redmi Note 9 also include Aurora Blue, Glacier White and Interstellar Black.