The corona virus continues to grow rapidly in India.  In the past, there has been a death due to this terrible disease.  At the same time, the number of sick people has also crossed 100.  The fast-spreading disease has caused a stir in Bollywood and the TV industry.  Recently, news came that large industry organizations are considering a ban on shooting.  This is the reason, the meetings of IMPPA, FWICE, IFTDA, IFTPC and WIFPA were held on the previous day. 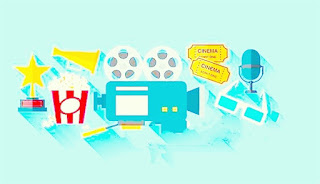 After this meeting, every shooting in TV and Bollywood has been banned.  Yes, you heard right….  It has been announced through an N notice that no TV show, Bollywood film and web series will be shot.
All shooting schedules from March 19 to March 31 have been canceled.  Before making these important decisions, people from industry-related institutions IMPPA, FWICE, IFTDA, IFTPC and WIFPA have given much thought to this.  However, even before this decision came, the whole team was seen working on TV shows like serial Kasati Zindagi Ke 2, Nazar.

Talking about this, IFTDA President Ashok Pandit said, 'We have taken this decision after talking on all aspects.  Right now only shooting is being stopped from March 19 to 31.  If the situation does not improve, then important decisions will be taken.  We are giving the people of the industry at least a chance to get out.
Talking about the corona virus further, IFTDA President Ashok Pandit said, "For us, the health of the industry comes first.  The corona virus is spreading quite rapidly.  The impact of this disease can be very fast on the industry.

This is the reason, we have to lift concrete in time.  IFTDA President Ashok Pandit's statement is clear that he does not want to endanger the lives of Bollywood and TV industry.  However, please comment by commenting what is your opinion on this issue.